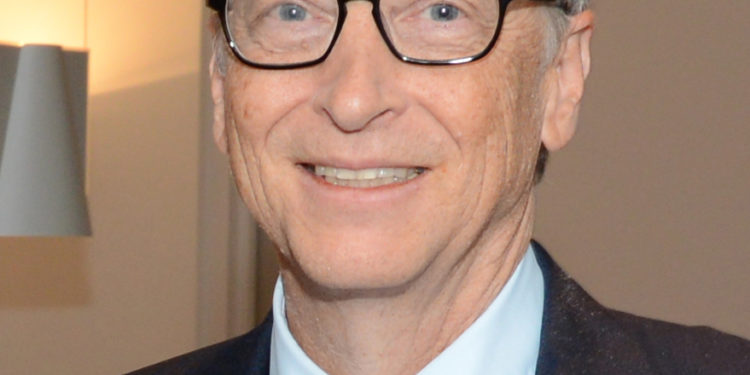 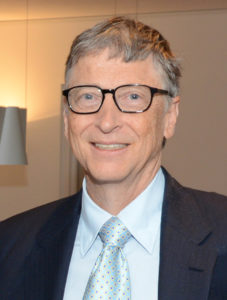 Microsoft supremo Bill Gates is no stranger to philanthropy. As one of the richest people in the world, Gates and his wife Melinda have donated somewhere in the region of $50 billion of their fortune to fight for social causes that they passionately believe in, such as women’s rights, combating infectious diseases and education.

Established in 2000, the Bill and Melinda Gates Foundation has funded a wide range of philanthropic projects that focus on improving the lives of disadvantaged people in countries around the globe. The foundation, which is the world’s largest private charitable entity, aims to empower the poorest by equipping them with tools they need to lift themselves out of poverty and lead healthy lives.

Below are some prominent examples of the good work that the Bill and Melinda Gates Foundation is responsible for.

The Bill & Melinda Gates Foundation helps fund the Jhpiego-Tupange Project, a non-profit which is working to give impoverished women in Kenya access to modern contraceptives and family-planning information. By increasing the control that vulnerable women have over their fertility, the project has successfully provided thousands of them with improved educational and economic opportunities.

Despite recent advances in the fight against the scourge of malaria, the disease still kills more people in Africa than any other place in the world. The Bill & Melinda Gates Foundation has joined up with non-profit organization PATH’s Malaria Control and Elimination Partnership in Africa to support innovative strategies to eliminate the mosquito-borne disease in disadvantaged rural areas in Zambia.

The Bill & Melinda Gates Foundation has provided funding to help the Sasakawa Africa Association continue its excellent work in helping poor female farmers in Ethiopia improve their livelihoods. Famine and drought are big problems in the East African country due to lack of agricultural knowledge, technology and market access, but Sasakawa has increased yields in the agriculture sector by supporting women-led cooperatives.

The Bill & Melinda Gates Foundation’s Emergency Response program is founded on the conviction that rapid assistance is the key to saving lives in emergencies. By directing funding to relief agencies and local organizations in areas which are suffering the effects of natural disasters and complex emergencies, the program hopes to equip first responders with the tools and knowledge they need to reduce the number of lives lost as well as helping vulnerable communities become more resilient over time.

The Bill & Melinda Gates Foundation has recently pledged up to $100 million to combat the COVID-19 global pandemic. The funding will go toward supporting a rapid and effective international response which prioritizes the detection, isolation and treatment of the deadly disease so that it can be brought under control as quickly as possible.

As perhaps the largest charitable donor in the world, Bill Gates sets an example to all billionaires. Gates has an intense sense of social responsibility and sees it as his duty to try to help those less fortunate than himself. If more people of his stature showed the willingness to use their wealth and power for good, the world would surely be a much better place.

Written by Meghan Hale, a content writer at Deepakshukla.com and editing machine. You’ll find me yelling at my dog to stop barking, whether it be at the neighbours or on a long afternoon walk

5 Safest Places to Volunteer Outside the ...