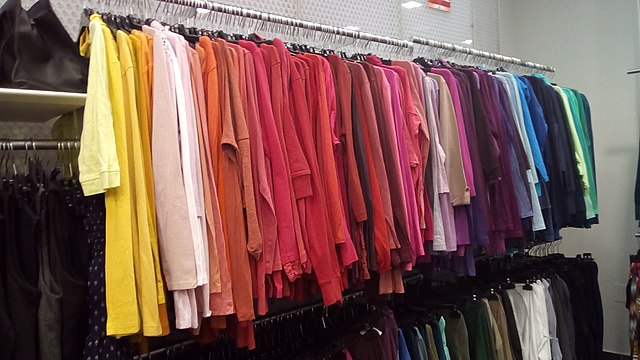 One of the best cultural changes which has been made in the last couple of decades has been the increase attraction with the sharing culture, the idea of not wasting things but instead to look to share them amongst ourselves or even to re-imagine products and re-sell them. We saw the biggest change with regards to this following the 2008 financial crisis when so many people who had previously being doing well were suddenly struggling. What this forced people to do was to go back in time somewhat and remember what is was to share and to help one another, both directly and indirectly.

One particular aspect of this which everyone should look to do is the buying and the selling of used clothes, and here is why doing so is so important.

One  human level we are seeing so many companies who are abusing the rights of workers around the world, all in the name of providing the rest of the world with low cost clothing, which is used and disposed of just as shoddily as it is made. We have to stop this notion of fast fashion and instead look to repurpose our clothing instead of having such a throw away attitude towards it.

So much of the clothing which we throw away or leave wasting away in our closets is of great quality and instead of just having it sitting around or heading to landfill, someone else may be able to use the garment for a long time to come.

The more that we re-use clothing the less demand there will be on manufacturers and that is going to have a monster effect on reducing our environmental impact. The factories where they make the clothes pump out harmful fumes all day, the clothing often has to travel thousands of miles to arrive on our shores and all of this of course has a terrible impact on our planet. Buy and donate your used clothing, so that we can collectively reduce the damage.

More often than not it is the charity stores which sell on the used clothing which they obtain for free if you donate, which means that they have a great opportunity to make some serious money from these donations. The money that charities make are then used to help people throughout the country or around the world, making this the perfect way to support your local charity store and the work that they do.

Above all else, buying second hand will save you a huge amount of money and that is yet another compelling reason why you should ditch the new stuff and instead focus on buying up some used clothing, and donating the garments which you no longer have a use for.

How to Take a Stand Against Animal ...